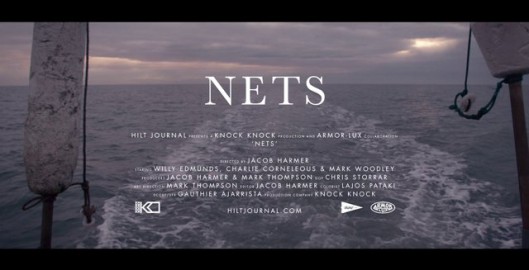 Today we begin a two week journey showcasing the shortlist of ten films in the running to win £5,000 to make a documentary short. Doc Heads teamed up with Rankin Film Productions and Hunger TV to provide a unique opportunity for UK-based documentary filmmakers. We asked for short documentaries that have already been made which we then whittled down to a shortlist of ten. The winner of the grand prize will be formally announced on Friday 27th February, the night after the next Doc Heads event on February 26th details of which you can find here.

Our first short comes from London-based filmmaker Jacob Harmer who has also shot commissions for Topshop, Banana Republic and Wonderland. His entry into the competition, his short NETS, showcases his photographic style of filmmaking.

See the film on Hunger TV